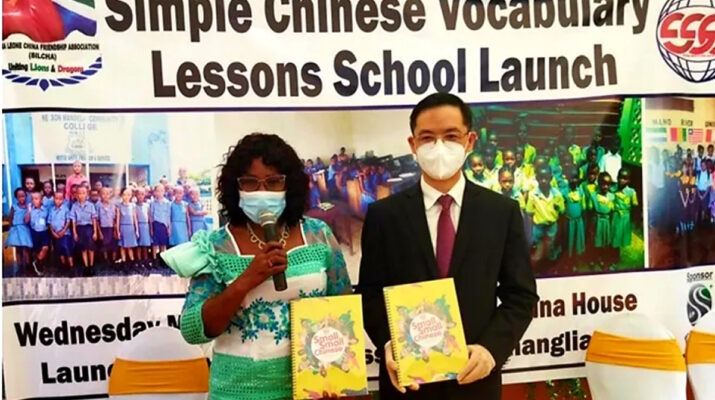 By Mary Kabay (The Calabash)

The celebration of the launch of a Small Small Chinese Programme, which was created by Ms Mariatu Kargbo, took place on the 2nd March 2022 at the China House in Freetown and brought together the Chinese Ambassador to Sierra Leone, His Excellency Hu Zhangliang, the Deputy Minister of Basic, Secondary and Senior Education, (BSSE). Emily Gogra, the Director of the Confucius Institute, Professor Bai and one of Sierra Leone’s finest TV presenters, Rev. Dr. Lucy-Ann Ganda, were as well as invited guests, Principals and children of five Primary Schools.

Small Small Chinese is a new fun method of teaching basic Chinese vocabulary inspired by Ms Kargbo’s experiences in China that uses textbooks, video and audio recordings to provide a simple way to enable people of all ages to start learning what is traditionally believed to be one of the world’s hardest languages.

Meanwhile, Small Small Chinese Operations Director, Alusine Kamara, will be leading projects to help introduce agricultural knowledge to the kids as a key sector in the continent’s sustainable development and encouraging kids to build confidence at conferences and camps with their counterparts in China during which kids of both countries will interact by sharing their stories (Pen Pal).

There are also plans to establish a forum for educators to exchange teaching ideas and promote people-to-people exchanges which will see Sierra Leone teachers visiting China and Chinese teachers coming to Sierra Leone.

Speaking at the ceremony, the Chinese Ambassador said, “My congratulations to Mariatu and the Small Small Chinese team for their great efforts to promote better relations between China and Sierra Leone.

“There are already many Africans who speak excellent Chinese and have used this skill to find good jobs and I hope that some of the children starting this term will have the chance to win scholarships to study in China in the future. I would like also to express my hope that Small Small Chinese will extend to further schools in the country as well as reach out to other African nations,” the Ambassador expressed a wish.

Deputy Minister of Basic Education, Emily Gogra noted that, “this is a wonderful initiative in which Sierra Leone is the leading country and I will make sure to talk to the Government to make it part of the national curriculum. Many schools have seen this project and now they want to join too. It is a proud day for education in our country, in Africa and the world because through the Chinese language, we can know more about each other and build culture and business exchanges.”

Welcoming the initiative, Professor Bai from the Confucius Institute said, “this is a historical development and kids are the foundation, so we will be giving our full support by sending teachers to help deliver the courses and giving training for the schools’ own teachers”.

In a moving online address delivered directly from her home in China, the Founder of Small Small Chinese, Mariatu Kargbo, expressed her gratitude to all those who have made that development possible, in particular the Chinese Government and people for believing in her and giving her the stage to show her talent. She encouraged the participating kids to make the best use of the historic opportunity, saying that she looks forward to testing their progress on her next visit.

Speaking about the Founder’s contributions, Small Small Chinese CEO, Ibrahim Bangura shared that she came from a very difficult upbringing as an orphan, selling water in the street and working as a maid, but always had the ambition to make something of her life and break records. “Since she was young,” he said, “Mariatu has always tried to bring people together. Those who know her will testify that she is a humble, hard-working and faithful person who never forgets what others have done to help her or where she came from. Through her work, she has met many influential people from all over the world, but she remains the same humble person who set out on her dream more than 20 years ago”.

In her closing address, Sierra Leone China Friendship Association (SILCHA) CEO, Mrs King, confirmed that, “the first time I met Mariatu in China five or six years ago, she was there for me and made sure I felt at home. Even when she was not available, she made sure there was always someone to help me with the language barrier and make sure I could conduct my business. This was the main reason I joined the Small Small Chinese project and we share the same dream for our country”.

The Principal of the first school to test Small Small Chinese, Madam Janet Sefoi, was also fulsome in her praise for the project and its Founder. “Mariatu had few resources,” she said, “but she had the dream to help our country and this is something I shared with her. Personally, I started learning Small Small Chinese in a taxi when I heard it on SLBC and I would like to thank Rev. Dr Lucia and Ibrahim Joenal Sesay for popularizing the project to our people.”

The Principals of the five new schools and those representing a further five schools that want to join the project agreed with these sentiments and said that all the kids are looking forward to starting their first Chinese lessons as soon as possible. The kids themselves were also active at the event, performing dances to welcome the guests and look forward to their new lessons. The five schools to start the courses this semester are Jarwlee Lewis Primary School, Excel Academy, Nelson Mandela Community College, Nenneh’s Preparatory School and American Montessori Leadership Academy. 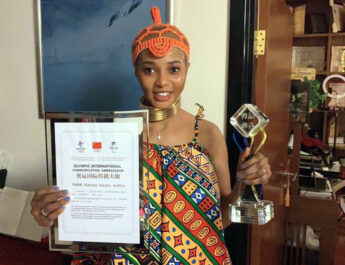 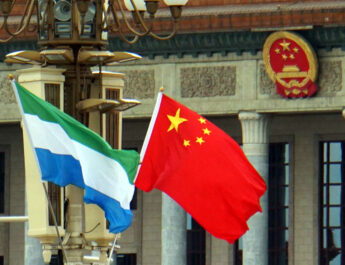 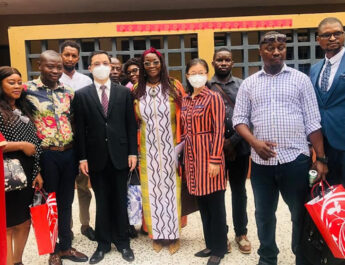