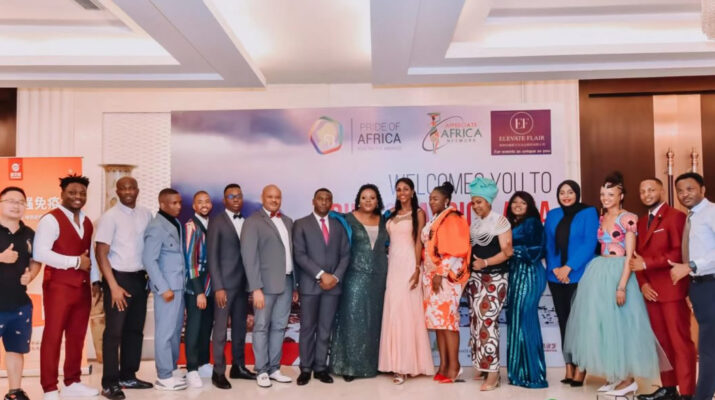 The much anticipated Pride of Africa Asia Pacific Awards 2022 finally returned offline after two years with a palatial ceremony staged at the grandiose Soluxe Hotel Guangzhou on Friday 29th July 2022.

The 8th edition of these awards which have become an annual feature in the Asia Pacific region, organised by Appreciate Africa Network (AAN) lived up to the pre-gala hype with a polished act.

A red carpet photo booth session and interviews set the dinner awards gala into motion before the nominees and performers charged into a flag parade of countries represented.

At around 7pm all the attendees were settled allowing AAN founder and host Samantha Sibanda to deliver the opening remarks thanking everyone for gracing the event while appreciating all nominees for making Africa proud.

Ambassador Chedondo congratulated all the nominees of this year’s awards and urged them to continue making Africa great.

“Let the achievement (nomination) be a foundation for greater things to come, here in the diaspora, let us witness the birth and incarnation of the Dangotes of Nigeria, the Strive Masiyiwas of Zimbabwe and many other success stories from the continent,” he said.

“Let us see you bringing Africa in full strength to China and the world. Why can’t we as Africans have and leave indelible footprints in the world not only as workers but as entrepreneurs so that we get generous returns to build the Africa we want?”

When the keynote speech was done, all the ambassadors, consul generals led by Lt Gen (Rtd) Chedondo and the nominees posed for a group photo.

Some of the dignitaries at the gala include Acting Ambassador to Botswana Ms Daphne Mlotshwa, Dean of all African Consulates in Guangzhou Mr Kouame Konan (Cote D’Ivoire) among others.

Guangzhou African Consulates then welcomed everyone to the city before a music performance by DJ Mr Fantastic and Kanaala kept everyone on their feet.

At exactly 8:25pm, the time everyone had been waiting for arrived as the announcement and presentation of awards to winners in various categories such as Friend of Africa Award, Charity Fundraiser of the Year, Outstanding African Student among others unfolded.

While the presentation went on and winners delivered their acceptance speeches, there was time for entertainment at each interval as Maxwell Kay the people’s dancer stole the show with some composed dance moves.

AAN director Samantha Sibanda expressed satisfaction for the enthusiasm Africans are showing in various fields which has aided her case to fight stereotyping through the Pride of Africa Asia Pacific Awards.

She thanked and appreciated everyone who made an effort to travel for the awards from different cities across China in wake of COVID-19 restrictions in some areas while taking risks of quarantine or infection. 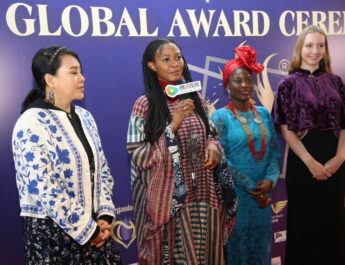 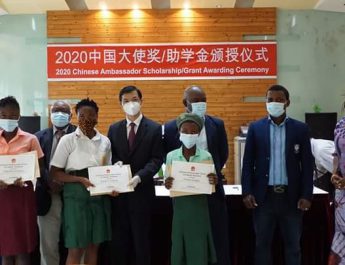 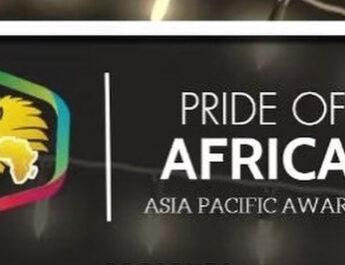